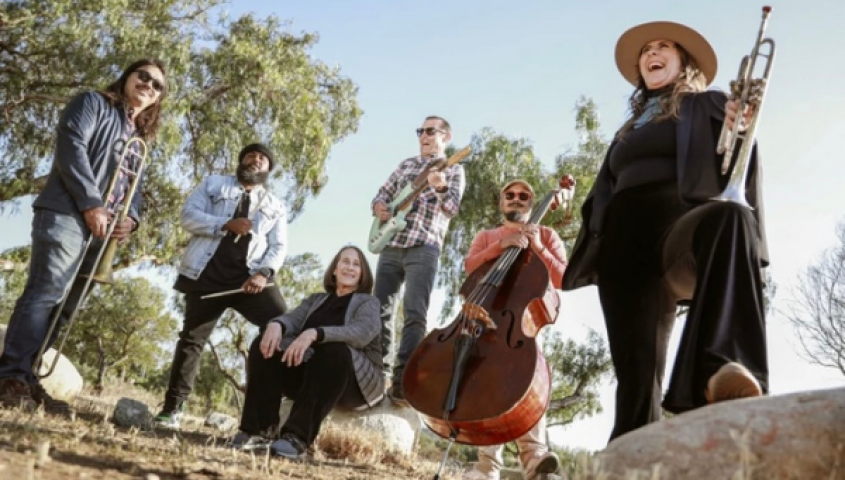 Tori Roze and The Hot Mess are a soulful force to be reckoned with. This band busts straight through the glass ceiling of genre-bending: original funky jazzy neo-soul music exploding with grit, integrity, and vulnerability. "Roze seduces you with her Erykah Badu-esque flair, and just when you think she can't be any smoother, she claws her way into your ears with her rocking roars" (San Diego City Beat). The Hot Mess, comprised of five exceptional "pocket" players nailing unexpected original arrangements that will “blow your top,” leaves you reeling with toe-tapping excitement. Musically likened to the band Chicago with a slap of Amy Winehouse + Janis Joplin-style vocals; these guys have got the spicy recipe for eargasmic pleasure. If you’re having them over for dinner; they promise soulful tunes by Bill Withers, Adele, Dusty Springfield, and Michael Jackson in addition to their own personal repertoire of original music.