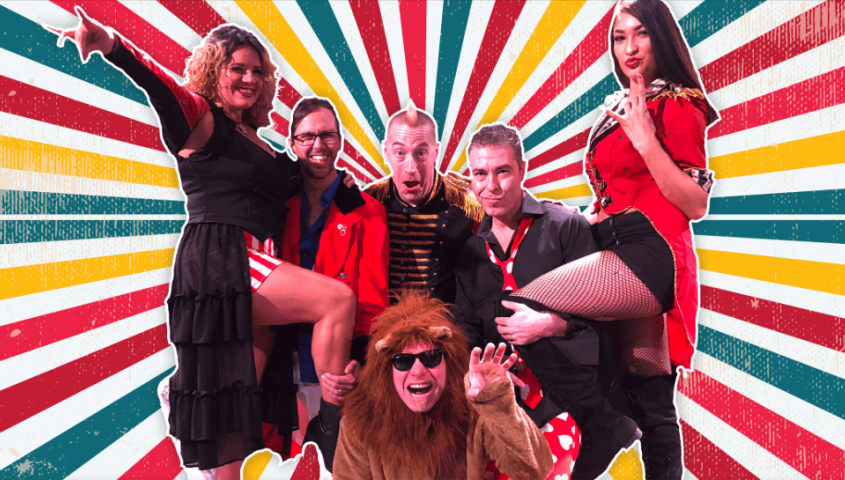 LFC's origin dates back to 1996 when a group of guys from Chicago's original music scene decided to throw a disco party for their closest friends. When the disco band they wanted to hire was out of their budget, they decided... "What the heck, let's do it ourselves!" They donned some disco attire, learned about 30 disco tunes and ROCKED that party! The following weeks, the offers for more and more shows poured in and little did theyknow, that evening was the beginning of a 20+ year career. Through the years as the disco craze died down, they traded the all-disco attire for some flashy, colorful clothing, added 2 female singers and expanded their repertoire to include music from 60's to current and various musical genres. One thing that has always remainedthe same is their love for a "good show." LFC members not only love to perform music, but to entertain... to provide an audience a high-energy, feel-good show to make them smile and forget about their troubles. With their signature show "bits," charismatic personalities and the ability to switch styles and genres at the drop of a dime.... you can rest assured that LFC can entertain any audience!