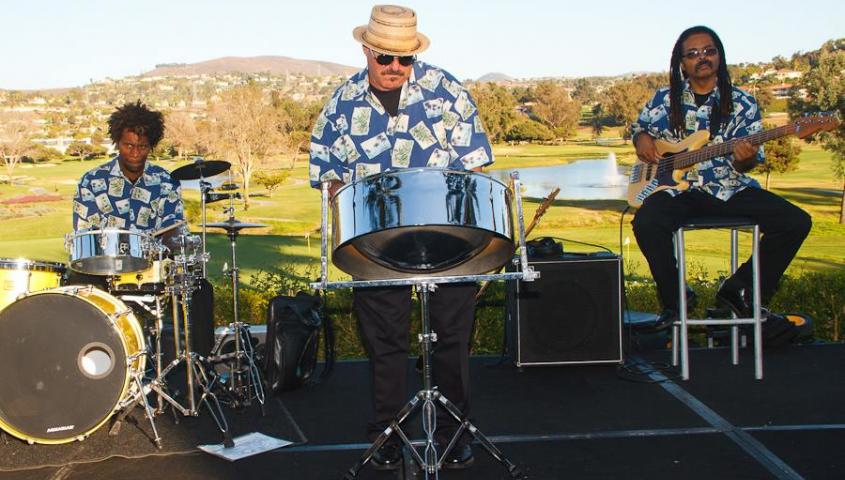 Adrian Ahearn leads an amazing group of musicians from the US and all over the Caribbean: highly skilled, highly decorated (Grammy's and Grammy nominations, San Diego Music Awards, etc...). He was enlisted in the United States Air Force and served in the music program at Travis AFB in Fairfield, CA. In his last year while enlisted, he was the Musical Director for his unit, Galaxy. He received the awards Outstanding Bandsman in 1999 and Airman of the Year in 2000. Adrian formed Dylan's Steel Band when his son, Dylan, was 2 years old. "I held him up to the sky and said, I work for you, kid". Dylan's Steel Band has performed up and down the west coast from San Diego to Seattle, from Las Vegas to Phoenix. They provide soulful Caribbean music featuring the palatable reggae/calypso sounds of the steel drum, delivered with power and passion.